Testing of a Computing Complex Based on the Jatoba DBMS, LUI Application Software and Elbrus Processors Performed 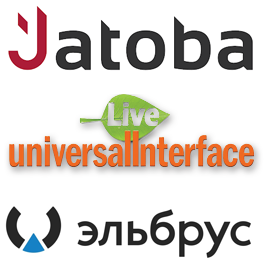 A team composed of Gazinformservis, FORS Telecom and AO MCST experts has conducted a series of tests to determine the main performance indicators of the software and hardware complex of the Jatoba DBMS, the Live Universal Interface (LUI) software designed by FORS and Elbrus processor-based servers.

The main objective of the test was to check if the Jatoba DBMS is compatible with the Elbrus Linux operating system for the x86_64 and E2K architectures. The testing process took two months and was carried out at test environment platforms of FORS' two partners.

The results confirmed that Jatoba DBMS is compatible with Elbrus OS for architectures x86_64 and E2K. The system worked seamlessly, even under high load.

During the testing process, the development teams faced tasks of a new, technologically complex type, which were successfully solved in a short time. The porting process for the new operating system included adapting the build scripts and optimizing the automatic compilation processes.

"This computing complex contains Jatoba, a Russian DBMS with advanced fault tolerance and security performance and is based entirely on Russian products with test-proven compatibility. It will significantly reduce the cost of ownership and operation relative to similar products designed abroad. Therefore I believe it will be in demand both among government-based customers for import substitution and in the commercial sector," says Sergey Petukhov, Product Manager at Gazinformservice.

"Our LUI web application development toolkit has been preinstalled on this hardware and software package. It creates radically new opportunities for B2B and B2G customers, for it could be used for quick and easy creation of applications interfaces. It requires no special programming background. All the developer needs to use is to know SQL. It is essential to note that LUI supports various databases run at the same time (for example, PostgreSQL and Jatoba). The test results confirmed this. Thus, customers who are interested in switching to high-tech solutions made in Russia always have a choice," emphasizes Yuri Zyatkov, CEO at FORS Telecom.

"The joint work of Gazinformservice, FORS Telecom and MCST has shown that the Elbrus platform is a reliable domestic basis for IT solutions. I'd like to emphasize the short time it took us to migrate the Jatoba DBMS to the Elbrus platform, as well as the high performance scores. The tests are still running to define the performance scores for the fast data storage system running in All-Flash mode. We expect a large margin of performance growth during the implementation of architecture-dependent optimization of the Jatoba data storage system. After shifting to the certified Elbrus Linux OS version, it could be deployed on secured computer appliance enabling confidential information storage," explains Konstantin Trushkin, CEO at MCST.