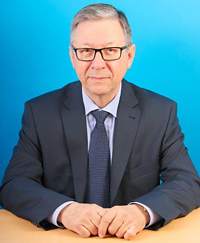 «For us it is vitally important to represent to the local IT-community a new tool, it’s abilities and advantages in practice. That’s why at the start we are ready to provide it free to the developers teams, in order to initiate wide publicity, enlarge critical mass of specialists enabled to change their approach to the interface development. All the more so as, according to the expert’s reviews, there do not represented any exact analog of the product on the market, — remarks Yury Zyatkov, FORS Telecom General Manager.

At the moment, there are enough of tools on the market available for the applications interface deployment, though it happens rather often that it needs more time and resources than business logic realization. Project is «getting lost» at screen forms.

As a rule, it happens so because the programmer is forced to program input data processing and operate the display of information on the screen by proper commands, being fully responsible for the result.

LUI provides dramatically new approach, featuring strict division of the applied system logic development and users interface development. Both of those tasks could be performed absolutely independently, and all what required for screen forms development is to adopt definite properties to the interface objects — all the other operations would be fulfilled automatically.

New programming tool of team development enables cost-effective creating of the applications screen forms, rapid prototyping of the new systems and efficient enhancement of the actual ones — screen interface is modified instantly and directly without stop of the system.

LUI provides smart and fast deployment of the accounting, financial and payment applications for any industries, including public sector. Potential customers are programmers’ teams from B2B, B2G, G2C and sometimes — В2С. That tool could be very useful at business consulting and other cases, when it’s required to develop a system prototype cheap and fast.

Amongst LUI advantages there are such as: using declarative languages for describing of the object interfaces; abstraction of the interfaces objects from the language implementor; decline of the event-driven approach at program logic development; fast log in to any operating applications.

All what is needed to work with LUI is a good command of SQL; any other programming skills are not required.

Mobile version will be available shortly, as well as releases adopted to PostgreSQL and MySQL (apart of Oracle DBMS).