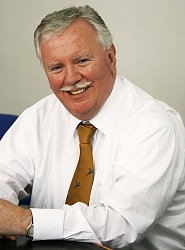 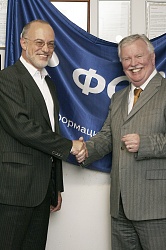 The aim of the visit was to gain a better understanding of the local market, whilst making the personal acquaintance of key FORS employees, who are playing a key role in the further global expansion of Casewise. In addition, a meeting was held with MTS representatives to discuss an ongoing project known to be their largest and most complicated in Europe to date.

Commenting on his visit to Moscow, Mr. Fisher stated “The first time I visited your country was when it was known as the USSR 30 years ago; now it’s difficult even to imagine, the dramatic changes which have taken place here.

Regarding business, Mr. Fisher continued by stating ‘Globally, our market share is continuously growing; but the main driver for the next breakthrough we associate with Russia. We are delighted with the results shown through our cooperation with FORS, proving that back in 2004 we made the right choice in selecting FORS as our sole, exclusive Distributor and Partner in Russia”.

During the course of his visit, Mr. Fisher announced 2 key events for the final half of 2010. The first, being the signing of an agreement with FORS on the creation of a joint software Development Center, which will also function as the local Casewise representative office. Mr. Fisher commented “Such an idea occurred as a natural result of all previous common activities. FORS has proved that it is more than just a Casewise Distributor, but a successful software Developer as well, which supplies advanced software solutions. V-Modeler, the first solution developed – grants users with the ability to work in real-time with Visio as a front end to the Casewise Corporate Modeler Suite. This Russian solution was obtained by Casewise and introduced into the company’s product portfolio with great success. The foundation of the joint Russian – British Casewise Development Center will provide better coordination of the mutual activities and creation of more technologically enhanced modeling tools.

The second announcement relates to the tight liaison between ERP-systems, such as SAP and Oracle, and modeling tools. The task is to develop a flexible interface module, which could enable the creation of a business process model on the base of the customer’s operating ERP-system. With its European headquarters located in Watford, Hertfordshire, UK and US headquarters based in New Jersey and Stamford, Connecticut, Casewise also operates offices in Paris, Frankfurt, and Brussels with an office planned to opened in Moscow in the very near future.