FORS has completed Audit of the Takeda Budgeting System 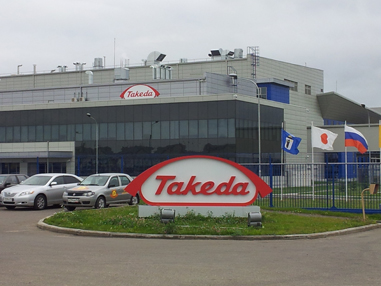 FORS has announced the completion of the audit of the Budgeting & Reporting System based on Oracle Hyperion Planning at Takeda company – the Russian subsidiary of the biggest Japan pharmaceutical corporation.

Due to the efforts of the FORS experienced team of the Certified Oracle Hyperion Panning specialists, audit has been made just in a month. In the result, there were processed recommendations on the optimization and further development of the system, including expected expenses and timing, needed for that kind of works.

Takeda Russia-CIS is a part of Takeda Pharmaceutical Company Limited, which is a global industry leader. Innovative investigations and hi-tech technologies are extremely important for the company like that, which is focused on production of the effective new age pharma drugs. Takeda Russian subsidiary runs wholesale business, totally based on the demand. To obtain strong marketing position, the demand level should be properly estimated; all investments, expanses and revenues – calculated, in other words there should be performed all those business processes, whose automation are provided by the Budgeting & Reporting System.

Launched more than 6 years ago, this system has started to be out of date — users began to complain on failures, less productivity and longer system’s response. They have had to ask for technical support more often. Basic and users functions of the system were involved not in full too.

Bearing in mind broad spectrum of the active users and extreme importance of the system for the business needs, this situation ought to be changed. That is why the management of the company has made a decision to start an independent audit project.

FORS consultants performed their works using world best practices, and proposed the holistic concept of the deep system renovation and modernization, which included the list of issues for elimination of the detected problems — infrastructural, technological, especially in respect of the Applications adoption, and organizational. Recommendations covered updating of the software, migration of the Applications, optimization of the data and calculating structures, integration with the external systems, improvement of the budgeting processes recording and training of the system’s users and administrators.

FORS cloud solution based on Oracle Hyperion Planning and Budgeting Cloud Service was proposed as one of the effective ways to solve the infrastructural problems. Subscription to that service would provide easy, low-cost and quick deployment of the modern Budgeting & Recording System on a high-performance platform with the regular updates and full data backup. Obtaining the required qualification, FORS is able to provide services on the system migration to the cloud and its further customization.

Financial Director of Takeda Eugenie Abramov remarks: «All we deserved was to get practic use recommendations that could be turned into life in real. And now we are happy to admit that it was done. We discovered a new horizon for our business and ready to focus our activities on the next step — modernization and development of the system as it had been recommended».